I belong to a couple of rubber stamping lists and we used to do swaps all the time, but lately it seems interest has died down. I wanted to do something to revive it so I decided to host a swap. Usually in swaps you make five or six cards based on a theme or some kind of requirement and send them all in to the hostess of the swap and in return you will get five or six cards back seeing what everyone else in the swap made. It's a lot of fun, and a great way to get ideas. But I needed this swap to be super simple because sometimes I think with time being such a factor these days people don't have time to make that many cards for a swap. So my idea was to do a swap where participants only had to make one card.
I started it off by making a card and sending it to the first person on the list and that person was supposed to try to duplicate my card as closely as possible using only things they already had on hand. I didn't want anyone going out and buying stuff for this swap either! Then that person would send their card to the next person on the list and then that person would try to re-create that card and so on.
I ended up dividing this into two groups so it wouldn't take so long and each person had one week to complete their card and get it mailed. The last person would send their card to me. I did get everyone to send me scans of their cards though so I could share with YOU, and also I thought it would be fun for everyone in the swap to be able to see all of the cards. So, here is the first group of cards from this swap:
My card: 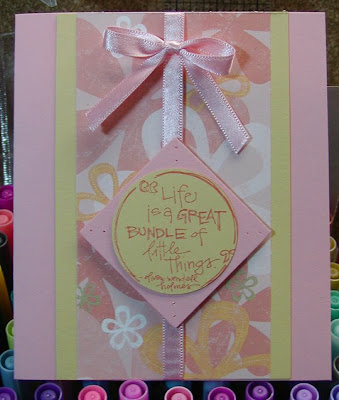 My card went to Joyce Mahl who made this card: 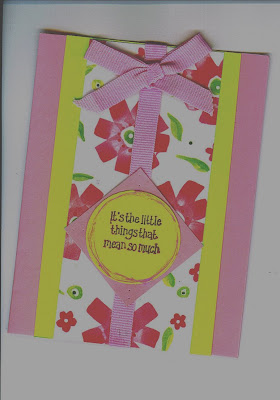 Stamp credits - Word stamp and paper are from The Angel Company

Joyce's card went to Debbie Littlejohn who made this card: 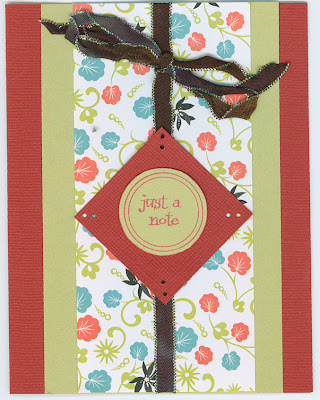 Debbie's card went to Amy Fraleigh who made this card: 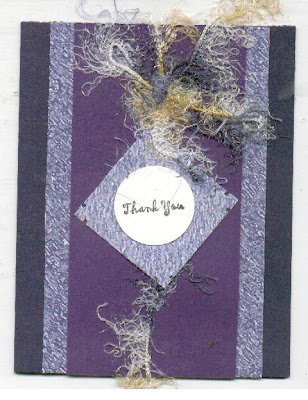 Amy's card went to Judi Kauffman who made this card: 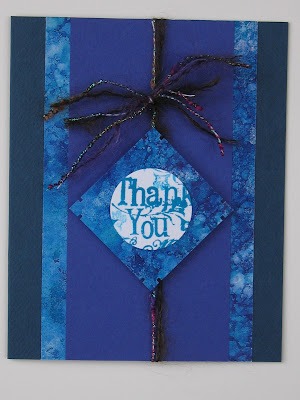 Judi's card went to Barbara Tobey who made this card: 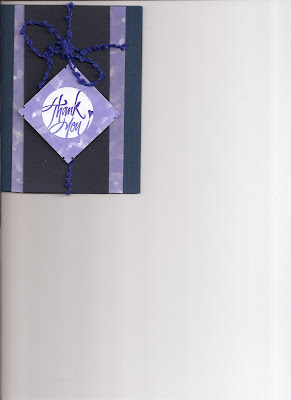 Barbara's card went to Karen Bruns who made this card: 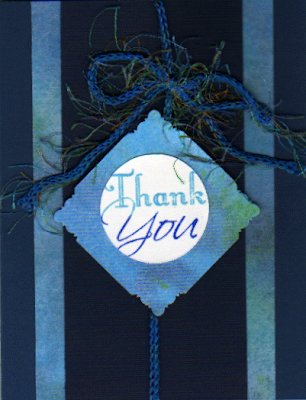 It was a fun and easy swap! Kind of like playing that game "telephone" when you were a kid whispering a message and passing it on and seeing what comes out at the end! LOL! I'll be sure to share the second group of cards when they are finished.
Tomorrow is card give away day, so be sure to come back for that!Thanks for looking!
Posted by Holly Young at 6:00 AM

Those are really cute!!!

Love your card...awesome colours! Looks like a fun swap!

It was really cool to see all these together and how they evolved! We all stuck pretty close to the design but the colors sure changed alot!
Thanks for hosting. I'm ready to do it again. If you organize the list(s) and put me on top I'll design the first card to send. Was the 2nd groups card the same design?
Joyce

these is awesome, i use to do swaps also but just couldn't find time :(

Fantastic idea! Fun to see how each changed and the elements that remained the same..

I've never done a swap before so it was cool seeing how everyone's card was different.

How did I miss this? I totally would have signed up! Be sure to let me know if you do another one.