Hi everyone!  I'm sorry I missed posting yesterday.  I really enjoyed my time off work for Thanksgiving, but the days were spent with family, friends, and errands so I did not get much crafting time in.  I did manage to make this birthday card using the Fetch What? image from Squigglefly.    It's drawn by Lynne Stansbery.
I'm entering this in the Outlawz Copic Promarker challenge which is Anything Goes this week! 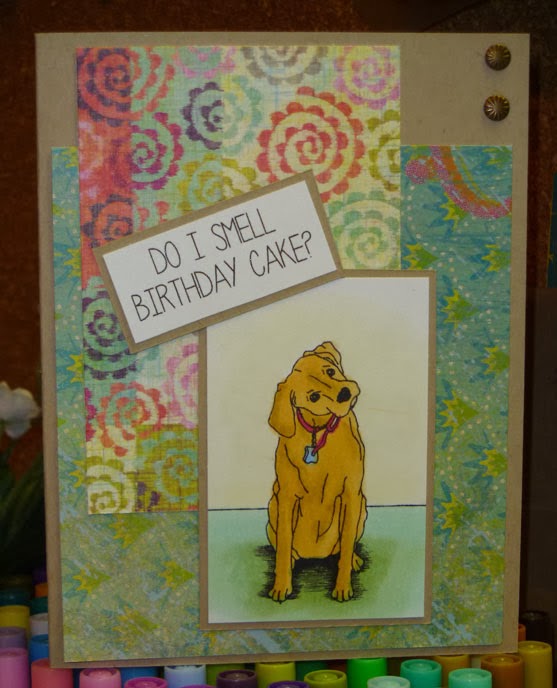 There's just something about a dog tilting their heads that makes me say "aw!"  I colored this with Copic markers and computer generated the sentiment.   I still have several birthday cards to make for this month!  I hate missing sending birthday cards to people, but especially hate it for December birthdays because I think people with birthdays in December tend to be lost in the Christmas spirit.

Squigglefly has a new challenge on their blog that started yesterday, and if you go look you will see lots of sneak peeks at some of the images coming out next weekend for the December release!  The challenge is an easy one too - just add some sparkle to your project!  I hope you'll play along!

Sunday we took the dogs out to a friend's farm.  Riley always has the best time there.  She digs through all the grass and under machinery looking for mice and what not.  This was Baxter's first time there, and it was a classic case of the country dog and the city dog.  Riley was everywhere not caring about dirt or any danger, and Baxter pretty much stayed to the trails.  Here's a few shots 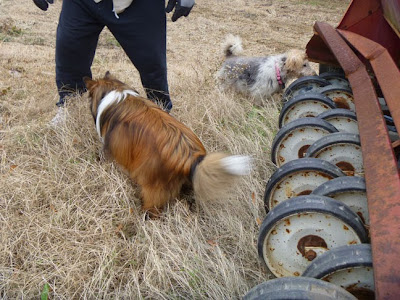 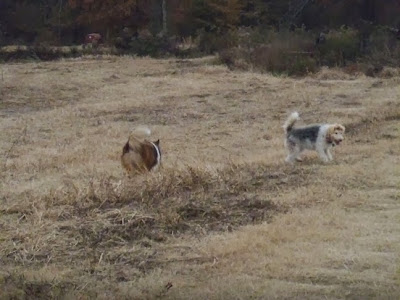 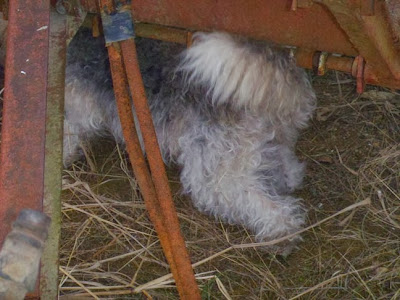 At one point Baxter was on a little patch of land that had water around it and he barked at us like he was stranded on an island!  I guess he thought the water was deeper than it was or he didn't want to get his feet wet.  With some coaxing he did wade through it and join us.  Here's a picture of him "stranded." 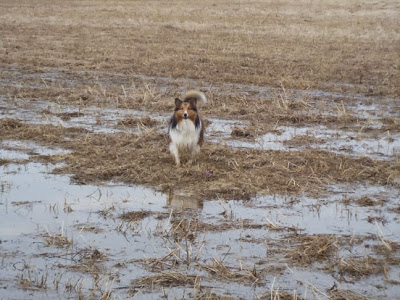 Love the dog image! I agree that a dog tilting its head is just too cute!

Love your card Holly! Such a sweet image! Great pictures of the kids, glad they had a good time!

With that lead in of "What's that smell"..... well, let's just say I wasn't expecting the card that you showed! Looks like the fur babies had a great time!!!

AW! your right about that, such a cute card.

Lurve the pictures of the dogs, doing what dogs like to do.

awhhhh...is right on! I love it!! This card is so darn cute!