Mother's Day at the Outlawz

Today on the Greetings Challenge at the Outlawz we are sharing Mother's Day cards, and we want to see a flower added to your creation as well.  Our sponsor is Deedee's Digis and I have used images from the set called Blooming Blessings.

These images come both un-colored and pre-colored.  I opted to go with a pre-colored image because I have never done that before.  I love that the color I see on the screen is the exact color it printed out.  I made this card for my  best friend's mother. 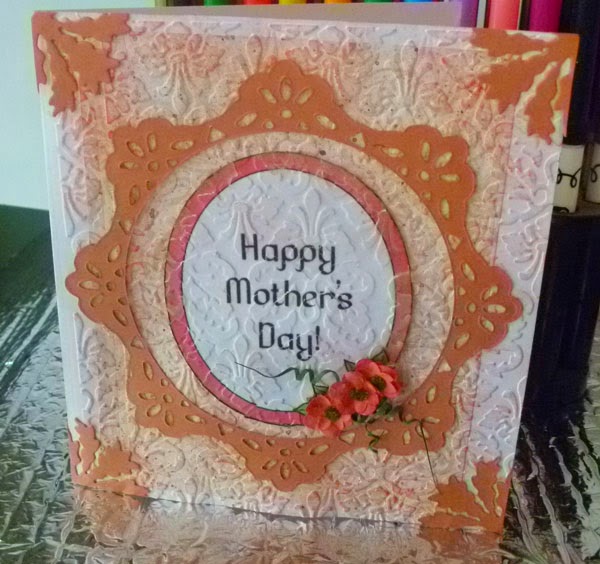 I added some little paper flowers for dimension, and made some twirls from some green cardstock.  Lots of texture and dies used to dress it up a bit.

Also, at work on Friday a young man who works with me asked if I "had any mother's day cards laying around".  I chastised him for waiting until nearly the last minute, and then he said "I thought you just printed cards out on the computer."  I told him that I didn't just print cards out - I made cards.  Then I told him I could make his mom a card and asked him if he wanted it elegant, cute, funny, etc.  He said funny, which you know are my favorite kind of card to make!  So here is the card I made him to give his mom 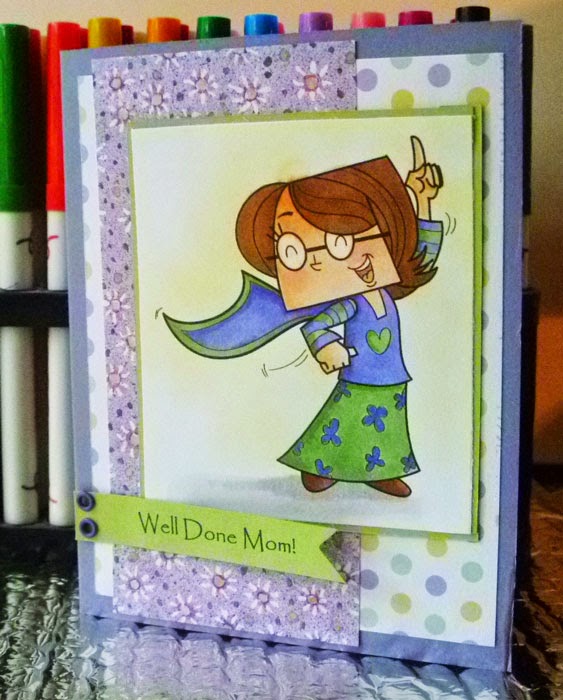 The inside is the funny part, and really it's so this kids personality 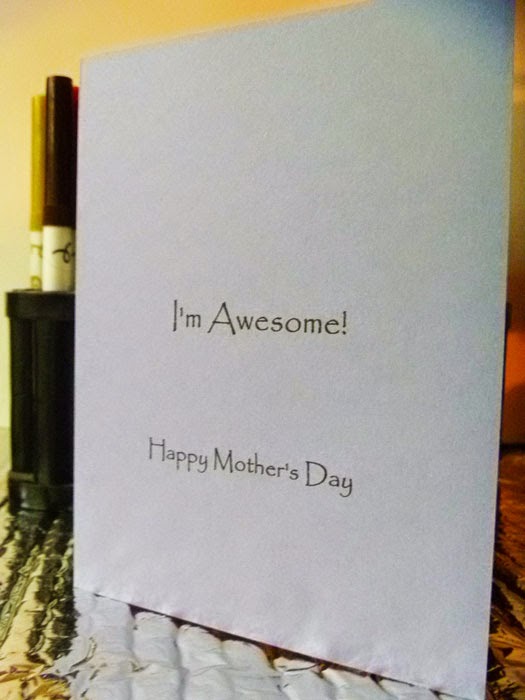 Great cards, love the first one and the fab details.

Love it Holly!! I bet it sure put a smile on her face too!! Love the first card too, so elegant!!