On a recent trip to Hobby Lobby I picked up some crackle by Tim Holtz.  It's supposed to give you a crackle effect in one step rather than the usual painting on a base layer and then later a crackle layer.  I used it on this image from Bugaboo Stamps called Beautiful Blocks - Faith 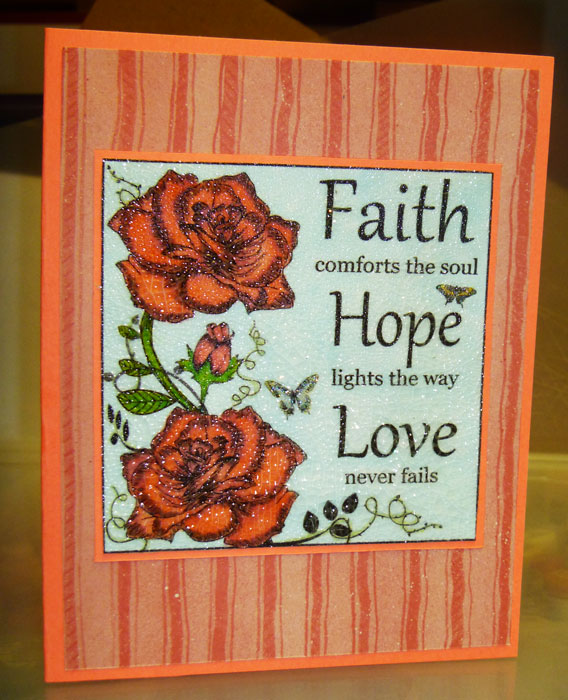 The effect is a crackle, but it's also got a dimpled look that is very different from the other two-step crackle.  It's also shinier.  I like it, but I think I prefer the two-step better.  Here's a closer look.  It kind of looks like elephant skin, doesn't it? 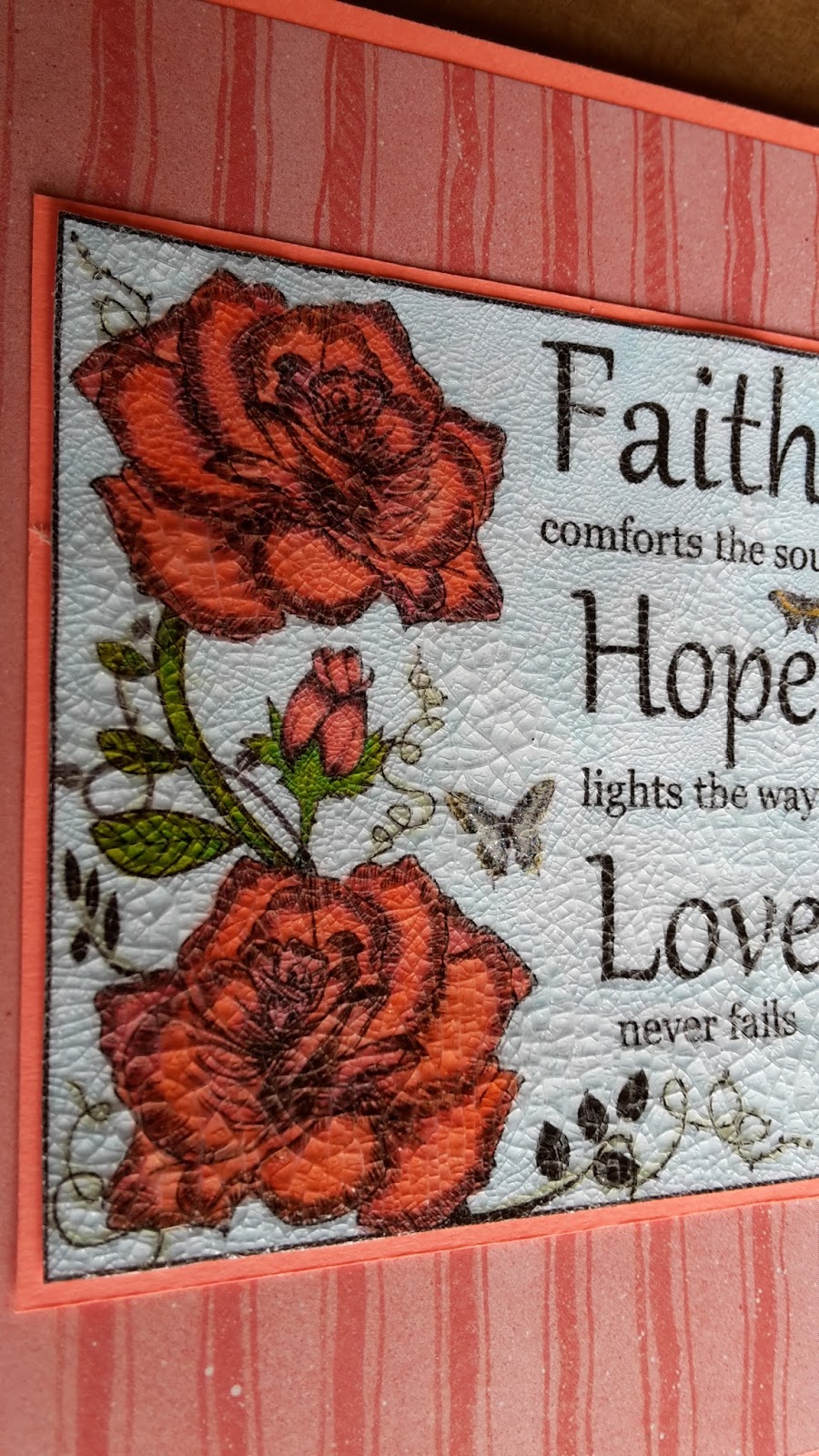 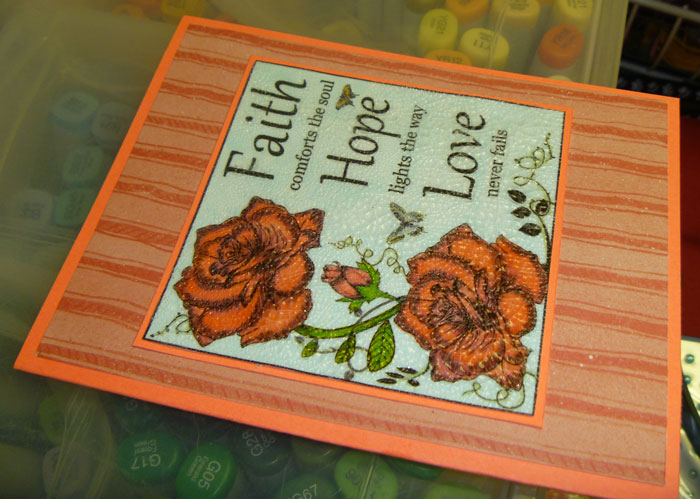 I don't see the crackle, but this is an absolutely beautiful card!

Absolutely beautiful! I would rather have this for my cards - only one step and it doesn't give you that glare from photographs. This is awesome Holly!

I love it! Anything time saving in my crafty world is a plus to me. This is beautiful!!!

Love the effect of the crackle, and your card is beautiful.